The Two Gordon Coles: A Short Piece of Woldnewtonry 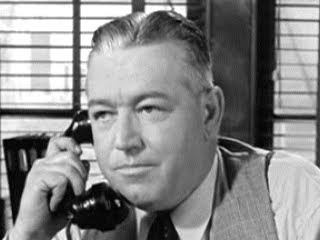 In 1949, Gordon Cole was working in the props department at Paramount Studios when he saw Max von Mayerling drive his employer (and ex-wife) Norma Desmond's antique Isotta-Franchini car. Interested, Cole called her Sunset Boulevard mansion in the hopes of using it for the Bing Crosby film they were shooting. Max, knowing that Norma was vainly hoping to return to film after her career ended with the advent of talkies, told her instead that she herself was wanted for a Cecil B. DeMille film. Neither Max, DeMille, nor Norma's ghost-writer/boytoy Joe Gillis had the heart to tell her the truth, and DeMille insisted that Cole use a different car. (Joe later changed his mind, but his attempts to show her the truth and leave Norma once and for all cost him his life).

That's pretty much all we know about Gordon Cole from Sunset Boulevard, the film Billy Wilder based on these events. However, his life did not begin nor end with his dramatization by Bert Moorhouse. Cole was in his early '50s by this point, but had only a few years before taken a much younger wife, and had a son by her, also named Gordon. Unfortunately, Gordon Cole Jr. would have severe hearing trouble, requiring hearing aids and causing him to shout every sentence without realizing the fact and often inadvertently repeat what people had just said or asked him. Nevertheless, he eventually joined the F.B.I., and rose rapidly through the ranks, so that by 1988 he was a regional chief. 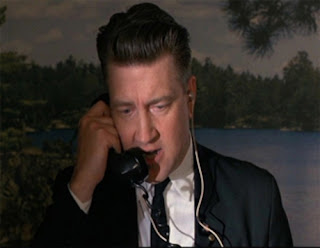 At that time, a young woman named Teresa Banks was murdered by Leland Palmer, a lawyer from Twin Peaks, Washington, who had been possessed since childhood by a demonic being named Bob. Recognizing this as what he called a "blue rose" case, Gordon sent agents Chester Desmond and Sam Stanley to investigate. Unfortunately, Desmond (who may have been a relative of Norma's) disappeared. When Leland's daughter Laura was murdered a year later, and the evidence pointed to the same killer, Gordon sent another agent, Dale Cooper (whom my fellow creative mythographer Henry Zeo Covert has identified as a descendant of the Great Detective, Sherlock Holmes) to Twin Peaks. An increasingly bizarre series of events followed, which were dramatized by David Lynch (who would himself portray Gordon Cole Jr. all too accurately) and Mark Frost in their prime time television drama named for the Palmers' hometown.
Posted by Sean Levin at 10:55 AM 7 comments: